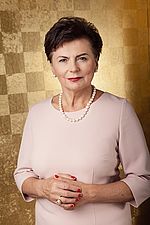 With a great pleasure and joy I welcome you to Perfumery Quality Missala. Here you will find the beauty as well as sense of uniqueness and luxury that accompanies us every day with the perfum and excellent care. For over 20 years I am sharing with you my passion for cosmetics.

I invited to Poland perfum brands which are distinguished by top quality and great style. I believe in beneficial effect of perfum and skin care products that help to create the image and achieve success both in personal and professional life. Welcome to my perfumeries where we create the style and where the dreams come true! 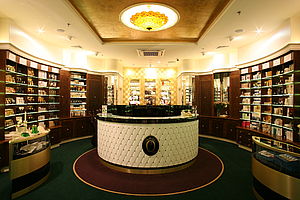 Perfumery Quality boasts with rich and carefully selected collection of exclusive perfume and skin care cosmetics. This is the offer for connoisseurs of elite and rarely available products of outstanding top quality.

Starting its cooperation with Amouage in 2004, Perfumery Quality became the precursor of elite niche brands in Poland, which are available only in the most luxurious and carefully selected sites in the world. This concerns both fragrances, skin care and make-up products. Thanks to involvement of the entire Missala family, more than 70 unique brands were brought to Poland. In 2011 Perfumery Quality created its first own perfum, Missala Qessence. In 2013 the House of Perfume Quality Missala was opened in Bemowo, one of the districts of Warsaw.

Today Quality Missala is one of the most important perfumery in Europe and the distributor of niche brands in Poland. We thank you very much that you have been with us for all these years and we are awaiting you in the magical world of perfum, products of the highest art and refinement. With the greatest pleasure we will help you to feel their magic and to find a frangrance, that will meet you dreams and the dreams of your loved ones. 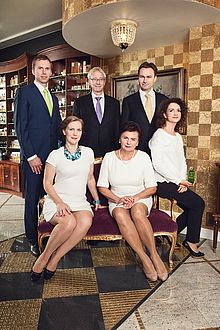 Perfumery Quality Missala is the family business founded in 1991 by Stanisława Missala, who - together with the beginning of democratic changes in Poland - decided to create a special place in Warsaw, a place which has previously not existed. She signed the contracts with selective brands such as Chanel, Dior, Guerlain, Kanebo, Lancôme and La Prairie and ... named her boutique Quality.

A few years later Stanisława Missala opened a perfumery in Warsaw Marriott Hotel. The boutique became a flagship of the company, a symbol of the new reality and the new way of life. This place has gained the popularity very quickly with a wide offer of luxurious cosmetic brands. Stanisława Missala assured her customers not only attractive, sophisticated products, but also unique atmosphere and superior service standards, for example by organizing regular concerts of classical music in her perfumery.

Quality has built up when two sons of Stanisława Missala, Michał and Mateusz together with their wives, Agnieszka and Joanna have joined the job. Since 2004 Missala family has started to work with the most luxurious niche brands of the world: Amouage, Bellefontaine, By Kilian, Clive Christian, Creed, Maison Francis Kurkdjian, Menard, Montale, Nasomatto, Natura Bisse, Puredistance, Xerjoff and many others.